Find knowledge and tips on an array of collection topics.

Editor’s note: This article is provided through a partnership between insideARM and Squire Patton Boggs LLP, which provides a steady stream of timely, insightful and entertaining takes on TCPAWorld.com of the ever-evolving, never-a-dull-moment Telephone Consumer Protection Act. Squire Patton Boggs LLP—and all insideARM articles—are protected by copyright. All rights are reserved.

On July 8, 2021 I woke up to the news that a Plaintiff lacking an attorney had beaten a big defense firm in a TCPA case and obtained a ruling seemingly neutralizing Facebook at the pleadings stage.

“The newly clarified definition of an ATDS is more relevant to a summary judgment motion than at the pleading stage.”

Worse, a cascade of lightly-reasoned ATDS decisions followed. Gross, it seemed, had enabled courts to take the easy way out on Facebook and had opened the door wide to judicial can kicking.

Well–in full credit to the defendant–it took a shot on reconsideration and has now prevailed in convincing the Gross court to change its mind completely.

Defendant’s argument concerning Duguid was limited to one paragraph at page 17 of its 25-page brief. (See ECF No. 6-1 at 27:11-17.) Similarly, Defendant’s argument that the targeted nature of the texts at issue contradicts Plaintiff’s allegation that Defendant used an ATDS is limited to a single paragraph at page 18 of its brief. (Id. at 28:1-14.)

While one may wonder about the light treatment afforded the issue originally, Defendant certainly did not waste its second opportunity.

On reconsideration the Defendant argued that the Court had made a plain error in refusing to address Facebook at the pleadings stage–and the Court agreed, even walking back its original holding:

Defendant reframes the Court’s Order as suggesting that “the ATDS issue is never properly decided at the pleadings stage.” (ECF No. 14-1 at 13 (emphasis added).) The Court disagrees with this interpretation, as the Order simply addressed the relevance of Duguid to the particular circumstances of this case, and not to all cases involving ATDS allegations.

The Court goes on to find that because the text messages at issue were targeted–i.e. addressed to a specific person–that they definitively could not have been sent by an ATDS since no random number generation was apparent:

The targeted nature of the underlying texts contradicts the notion that Plaintiff’s telephone number could have been produced through a random or sequential number generator. Because this contradiction renders implausible the allegation that Defendant sent the texts using an ATDS, the [lawsuit] is subject to dismissal.

So there you have it–arguably the single worst ATDS case post Facebook just became one of the best for use in pleadings-stage cases.

There’s a good lesson here, of course, for TCPA litigants. Don’t go light on Facebook arguments. A paragraph here or there does not do the issue justice. Fulsome briefing leads to strong results–as the Gross saga makes clear. 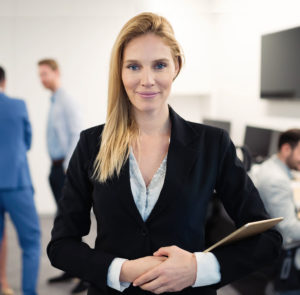 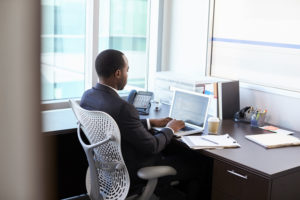 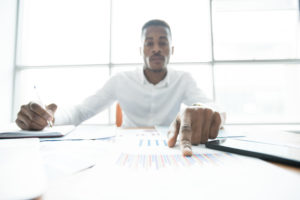 We’re here to help provide you with the information and tools for success!

Disclaimer – Collection Bureau of America Ltd. is a collection agency. This is an attempt to collect a debt by a debt collector and all information will be used for that purpose.